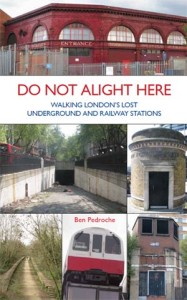 Do Not Alight Here

Abandoned tunnels, derelict stations, old trackbeds and much more; all are included in Do Not Alight Here, an entertaining and informative book that guides the reader through London’s many remaining disused Underground and main line railway structures. They can be viewed in a series of 12 guided walks and short tube and train journeys, devised and investigated by the author, each of which takes in a sample of these forgotten and fascinating remains, with most of the entries illustrated with recently taken colour photographs. The book is pocket-sized, making it perfect for walking while exploring each route, and has recently been fully updated to reflect changes since the first edition was published in 2011. 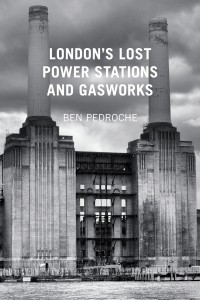 Many of London’s original power stations have either been demolished, converted for other use, or stand derelict awaiting redevelopment that is seemingly always just out of reach. However, in their prime these mighty cathedrals of power played a vital role in London’s journey towards becoming the world’s most important city. Gasworks also played a key role, built in the Victorian era to manufacture gas for industry and the people, before later falling out of favour once natural gas was discovered in the North Sea. London’s Lost Power Stations and Gasworks looks at the history of these great places. Famous sites that are still standing today, such as those at Battersea and Bankside (now the Tate Modern gallery), are covered in detail, but so are the previously untold stories of long-demolished and forgotten sites. Appealing to anyone with even the slightest interest in London, derelict buildings or urban exploring, this book uses London’s power supply as the starting point for a fascinating hidden history of Britain’s capital, and of the more general development of cities from the era of industrialisation to the present day. 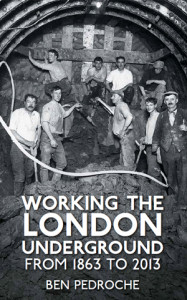 Used extensively and somewhat taken for granted by millions of commuters and tourists every day, the London Underground has long been a part of our national heritage and way of life. It was the first underground railway in the world, and is now central to the lives of millions of Londoners. In Working The London Underground, Ben Pedroche explores the realities of building the railway from the beginning, over 150 years ago, exploring this dangerous, backbreaking job and how it culminated in the rail system we see today. He works his way through the construction and working history of this iconic system, until reaching modern day, including a look at how London Underground staff work hard to keep the network running. Backed up with sixty stunning archive and modern photographs.

Theme by Anders Noren — Up ↑